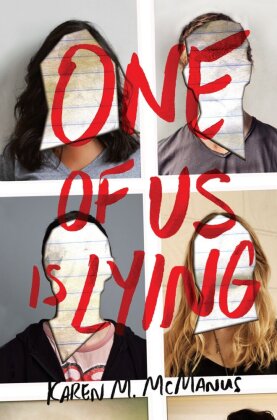 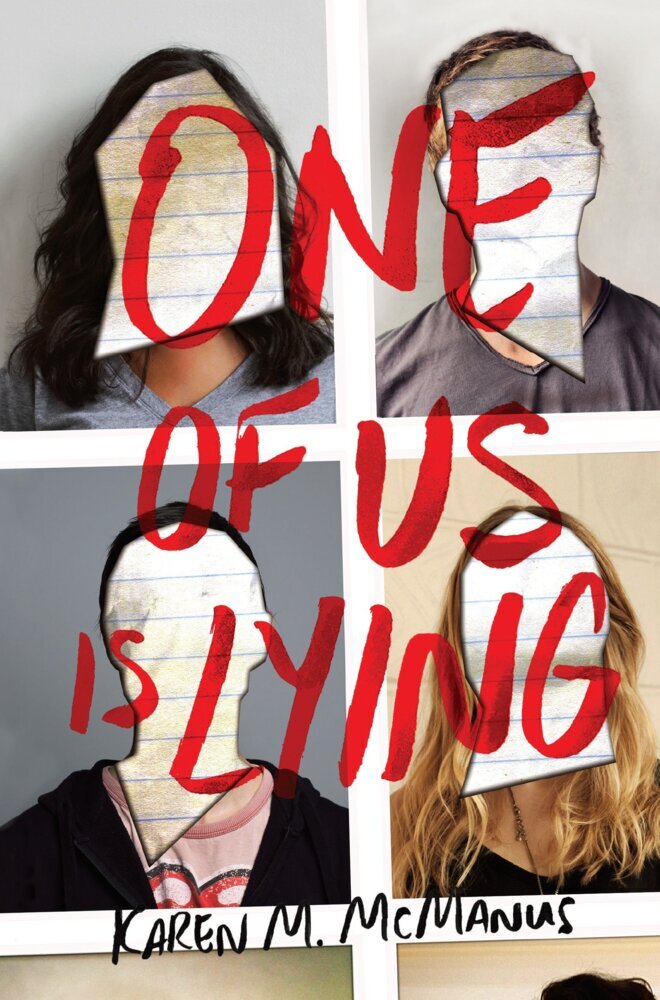 All the secrets of the Bayview Four will be revealed in the TV series now streaming on NBC's Peacock!THE #1 NEW YORK TIMES BESTSELLER NAMED ONE OF THE TEN BEST BOOKS OF THE YEAR BY ENTERTAINMENT WEEKLY BUZZFEED POPCRUSH Pretty Little Liars meets The Breakfast Club (Entertainment Weekly) in this addictive mystery about what happens when five strangers walk into detention and only four walk out alive. Pay close attention and you might solve this.On Monday afternoon, five students at Bayview High walk into detention.    Bronwyn, the brain, is Yale-bound and never breaks a rule.    Addy, the beauty, is the picture-perfect homecoming princess.    Nate, the criminal, is already on probation for dealing.    Cooper, the athlete, is the all-star baseball pitcher.    And Simon, the outcast, is the creator of Bayview High s notorious gossip app. Only, Simon never makes it out of that classroom. Before the end of detention Simon's dead. And according to investigators, his death wasn t an accident. On Monday, he died. But on Tuesday, he d planned to post juicy reveals about all four of his high-profile classmates, which makes all four of them suspects in his murder. Or are they the perfect patsies for a killer who s still on the loose?Everyone has secrets, right? What really matters is how far you would go to protect them.And don t miss the #1 New York Times bestselling sequel, One of Us is Next!

On Monday afternoon, five students at Bayview High walk into detention. Only, one of them never makes it out of that classroom. Before the end of detention Simon's dead. He had planned to post juicy reveals about all four of his high-profile classmates, which makes all four of them suspects in his murder. Or are they the perfect patsies for a killer whos still on the loose?

A New York Times BestsellerAn Entertainment Weekly Best YA Book of the Year Selection A Buzzfeed Best YA Book of the Year SelectionA New York Public Library's Best Book for Teens Selection A Popcrush Best Young Adult Book of the Year SelectionA CBC Teen Choice Book Award NomineeA Bustle Best Young Adult Book of the MonthA Goodreads Best Young Adult Book of the Year NomineeA YALSA Top Ten Best Fiction Book NomineeA YALSA Quick Pick for Reluctant Young Adult Readers Pretty Little Liars meets The Breakfast Club....so make room for One of Us Is Lying in your bags, because this is one carry-on you won t want to put down." Entertainment Weekly Online You ll tear through this juicy, super-fun (if murder can ever be fun?) thriller." Bustle "A whodunit with a Breakfast Club twist...following four unique voices on a chase to find the killer, this one will keep you guessing until the very, very end." Popcrush"Twisty plotting, breakneck pacing and intriguing characterisation add up to an exciting, single-sitting thrillerish treat." The Guardian"This is no ordinary whodunit surprising and relevant." USA Today"Readers will have a hard time putting this clever page-turner down." BookPage Online An addictive, devour-in-one-sitting thriller with so many twists and turns you'll be wondering until the very end: Who really killed Simon? Kara Thomas, author of The Darkest Corners and Little Monsters "[As] McManus's intense mystery unfolds...each character becomes more complex and nuanced, adding richness and depth to the suspense." VOYA, Starred Review"This fast-paced blend of Gossip Girl, Pretty Little Liars, and classic John Hughes will leave readers racing to the finish as the try to unravel the mystery on their own." Kirkus Reviews"One of Us Is Lying is flat-out addictive...[McManus] weaves an authentic, suspenseful mystery that readers can imagine taking place at their very own high school. RT Book Reviews"A smart, twisted, and unpredictable YA mystery that will have readers guessing until the very end." SLJ "An engaging, enticing look at the pressures of high school and the things that cause a person to lose control." Booklist